Cortana personal assistant is one of the most important new innovations launched by Microsoft in its new operating system Windows 10, and Cortana represents a new qualitative leap in the world of technology as it transforms the computer from just a device that receives written commands to a device that interacts and talks with you and offers you suggestions and ideas based on What he has of information and data about you and the place you are in, and you can give him a voice command to, for example, search for something, or give him the command to run anything on the computer, or ask him about the weather, daily news, events and other things. 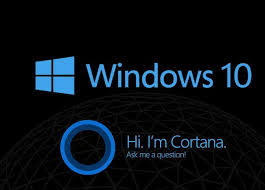 But many users who have installed and upgraded to Windows 10 did not find Cortana personal assistant activated on their devices due to the fact that it is directed to European countries and only supports the English language and still does not support the Arabic language.

Today in this topic, we will explain to you how to activate the personal assistant Crotana and how to deal with it and give it commands and how to implement them.