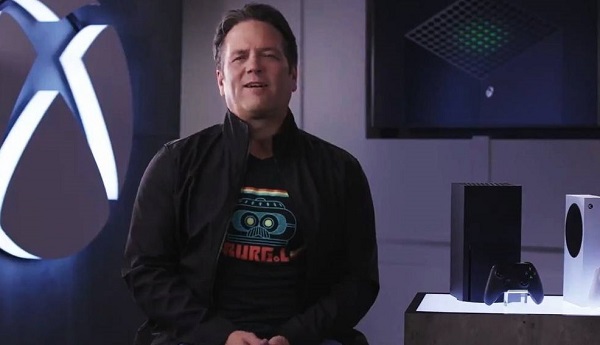 As I mentioned earlier on her website in a series of articles that Xbox Series X and Xbox Series S Indeed, it has become available around the world starting from this day, which actually represents a very prominent event for users around the world to enter the new generation of devices that despite the Corona virus pandemic.

However, giant companies such as Microsoft and Sony have actually maintained their composure and continued the program set before, which is to ensure the launch of the new generation devices, which will be the actual start during this day through Xbox Series X And the Xbox Series X from Microsoft.

For this purpose, Mr. Phil Spencer, head of the Xbox sector at Microsoft, sent a set of messages to various users around the world on this occasion in several international languages, as we followed yesterday through various accounts for the Xbox sector, for example, Spain and Mexico, in other countries, in addition to today to the Arab public in The Arab region from the Gulf to the ocean.

Where and through this word, the first man in the Xbox section began his speech with phrases in Arabic such as “hello” and concluded with the words “thank you”, stressing that the Xbox sector aims through the launch of these new devices to bring more users around the world, as well as targeting others and most importantly It is to provide the experience that video game lovers of all ages are looking for to preserve this hobby and strengthen relations between players, regardless of the devices used, according to him. To remind, the release of Xbox Series X and Xbox Series S has become available starting today, November 10, Greetings.

On the occasion of the launch, a special word from Phile Spencer to the audience of the Arab region pic.twitter.com/fd5u9zFJAH