Ghost of Tsushima gets a review of its world, a look at the fighting style and more 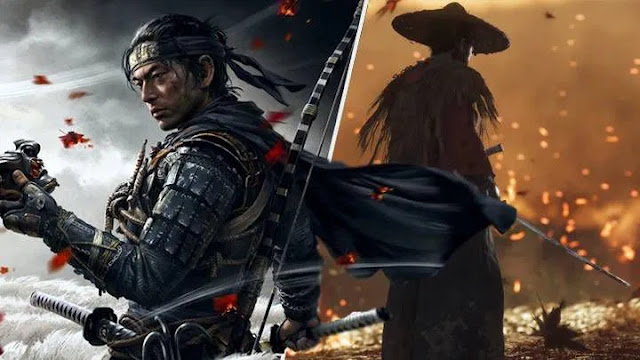 As expected, a game has happened Ghost of Tsushima Hours ago from now on a long video review, through a new episode of the program State of Play Which was really a very favorable opportunity for the developers to provide more data about the game, which we can look at during the video below the topic, where we had the opportunity to discover the game closely through this live broadcast from the developers at Sucker Punch studio And a comprehensive view of her world and the style of fighting in the latter.

Where it seems that there is a really great work done at this level by the team, and the difference is actually clear from what was shown in previous periods, and in fact the game takes a somewhat different form from what is expected in general, as we see that exploration in the game world will be without a map or Pointers in the game world, but on the other hand, you can discover the map from the main menus and choose the mission you want to access.

And to follow the path, you only need to follow the path of the wind, and whenever you approach the specified place on the map, you will have something indicating its location, whether a bird or an animal is a fox, which is an important part of exploring the world full of life and bright colors.

Not to mention the fighting style, which will be divided into two types, where there is the first type, which is the samurai, who focuses on the raid, which was referred to before, and now we can discover all this closely through the new video, where we see that the hero Jin actually enjoys a group One of the very important features that will make it easier for him to eliminate enemies.

Like the Parry system, which allows you to repel the enemy’s strikes and try to betray him by carrying out battling strikes before he attacks you, not to mention the dual fencing system, which you can make in a black and white system in the same fashion as the movies of that era, which is what really remains A great idea is to introduce such a system to make the game world customizable in terms of shape through a set of filters as it was presented through the photography phase, which will be integrated with the game directly.

The developer team and through this review also presented us with the “stealth” fighting system, which focuses on the sequence in the first place, where users will be able to infiltrate the bases of the Mongols and also their military bases and strike from the inside through a truly lethal and very effective combat system from During the silent killing, whether raiding the enemies from behind or jumping on them from the top of the walls, not to mention luring them stealthily to a specific place before finishing them off, without forgetting the possibility of using the bow and arrow in addition to your primary weapon, the katana sword, all of which are methods that can be viewed through the video below. Topic .

On the other hand, for the first time, the character customization system was reviewed, where it is possible to modify the level of clothes for the hero Jin Sakai, by roaming the game world and obtaining a set of clothes and hats, not to mention masks, which have not been revealed to have an effect on the style of play or not. Which we must discover in the next stage, why not, especially since the game is clearly left only for its final release, which is expected during the date of next July 17, exclusively on the PlayStation 4, Greetings.