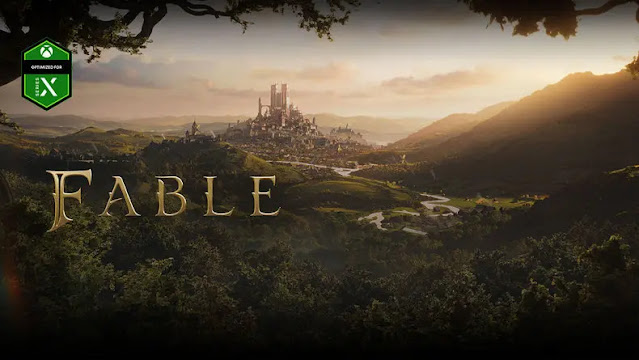 Fable لعبة Game Project It was one of the strong and distinct ads that were revealed by Playground Games Studio Briton during an event reviewing titles coming from Xbox Studios on his device Xbox Series X and Xbox Series S During July of last year.

However, unfortunately, since that period, the news about the game has completely disappeared and is almost completely hidden, except in the case of the exception of some rumors and leaks that are available from here and there on the level of other sources, which we can record this day officially now through a look And a comprehensive reading of the data listed, based on a job application shared by the ShareTech team within the Turn10 studio behind the Forza series.

And of course, the first thing that can come to mind is what is the relationship between these details and the Fable series, which is completely far from the latter, and this is what we will try to explain to you in the coming lines, given that the employment application reveals everything completely, which is that the programmer must contribute to developing And improving the capabilities of ray tracing technologies on the ForzaTech graphics engine that we use from the Forza and Fable series.

This means that the upcoming Fable game project will be officially developed using the same series engine Forza Motorsport With basic modifications in order to be able to offer a style of play that really meets the expectations, and this was the description of the entire request:

“In addition to introducing new features such as ray tracing technology to support next-generation home consoles, we are also expanding the toolkit to support an open-world RPG-style system.”

The announcement, on the other hand, leaves no room for doubt on the grounds that the Forza Horizon 5 game project is actually a workshop that is currently open within the Playground Games studio, which is expected to take place in Mexico, as we have previously indicated during several media events recently, given that the description of the studio He talks about the presence of three huge AAA projects currently under development by the ForzaTech engine, among which there are two series that have a very large fan base.

Which refers to both the upcoming and previously announced Forza Motorsport project “Fable” while the third project will be New Forza Horizon . series Which is expected to be officially presented during the Microsoft conference event on the occasion of the E3 2021 World Fair next June,, Greetings..