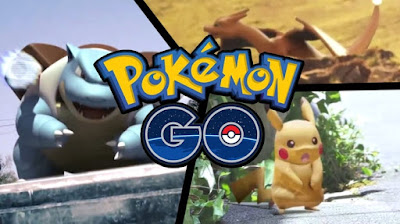 Through the SXSW event, the gameplay of the upcoming Pokémon GO mobile devices was revealed for the first time. The latter was presented through a very special conference, and the gameplay was reviewed in front of the press, and some of them did not hesitate to record some clips that show us How to catch pokemons.

The method remains very normal, like the original series on Nintendo devices, only here. Virtual reality technology is used, as well as a significant improvement in the level of the latter’s graphics. We can also note the presence of a map very similar to Google Maps, which may undoubtedly be what We will follow him during the adventure and we will be able to modify the character by adding many features that have not yet been revealed, to remind you that the release of Pokémon GO is coming this year for both the IOS system as well as Android, Greetings.