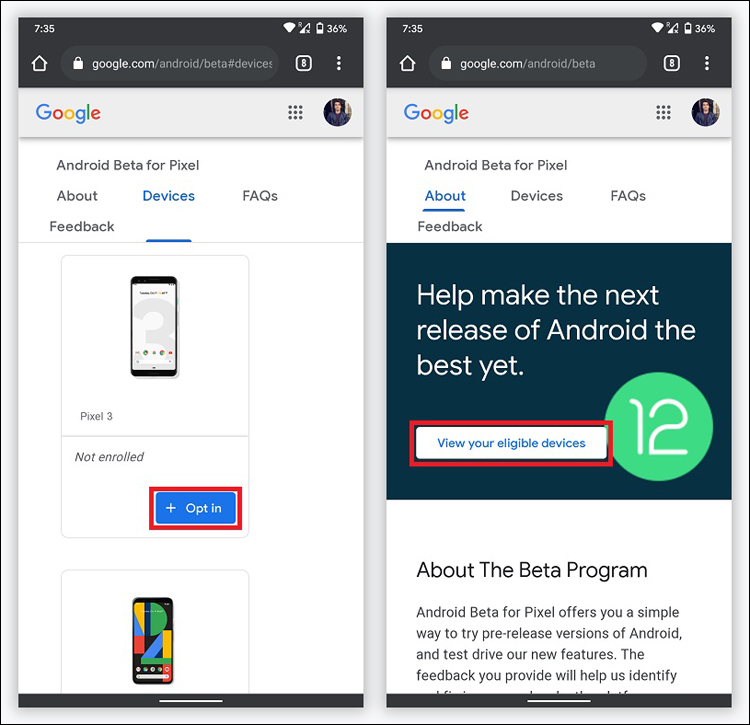 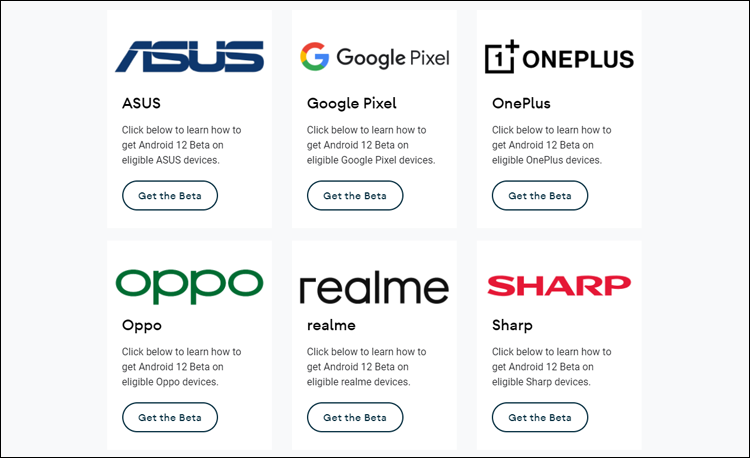 If you own smartphones from other manufacturers, you can visit This page To see if you can install the trial version on your smartphone or not. That list of manufacturers includes brands: Asus, Realme, Xiaomi, TCL, OnePlus, Vivo, ZTE, Oppo, Tecno, and Sharp. To find out how to install on the phones of a particular manufacturer, you can click on its brand to see the next steps. 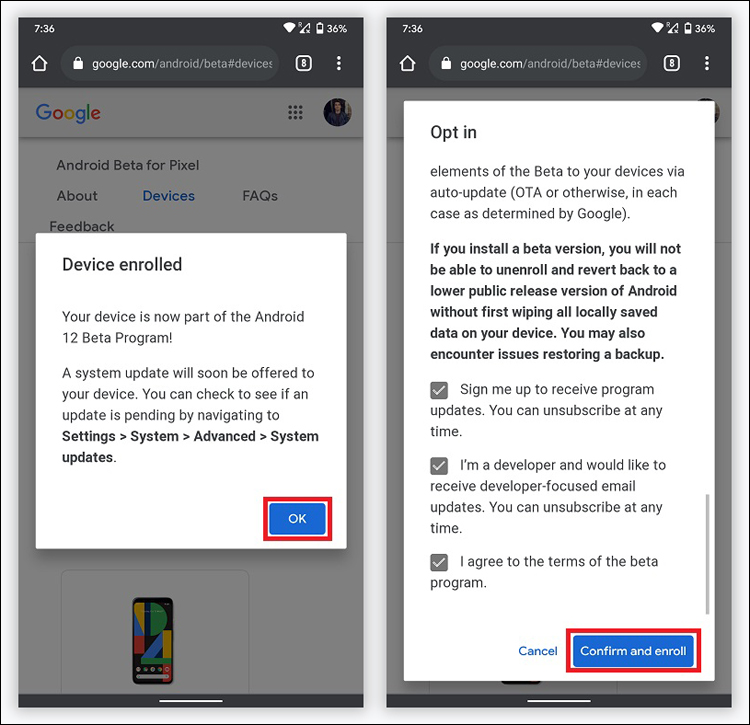 For example, when owning a Google Pixel phone, you must accept the necessary conditions by pressing Confirm and enroll to join the beta program from Google, which are published on the special page of the official Google website. Once you have agreed to the necessary terms, you should be able to update the antenna of the system via WiFi internet. After making sure that your Internet connection is stable, go immediately to the Settings application on your smartphone, then click on the System tab, then choose Advanced, and choose System update after that. When the download and installation is completed, you will have activated the beta version of the new Android 12 operating system version.

As in the picture above, the size of the update for the beta version of Android 12 in a user’s phone was 1.47 GB. The size of this update may vary for different smartphones, so when you get a new update for the operating system, make sure that there is enough space in the phone’s storage to download and install the new update.

Millions around the world are now trying the beta version of the new Android 12 operating system version. No major software flaws have been mentioned so far, but with time and in-depth experience there will certainly be some flaws. Early access to beta versions, updates, and new changes is a good thing, but software bugs often affect the user experience. But you must remember that beta versions are constantly improving through successive overhead updates until reaching an official, final, and stable version.