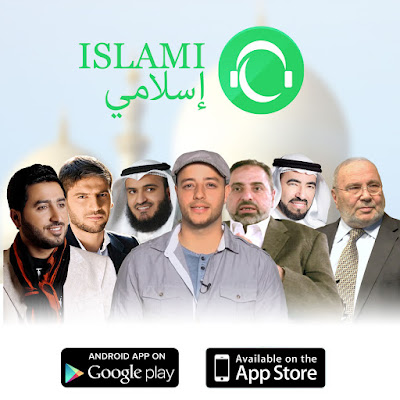 Islami is a free Islamic application for smartphones that works on Android and iOS from Apple. The application is designed in a sophisticated way to be similar to international music applications such as Anghami and Spotify, but it specializes in Islamic content such as songs, lectures, the Noble Qur’an, supplications, remembrances and other useful Islamic content, The application includes tens of thousands of video and audio clips, find the Qur’an, songs, lessons, lectures, supplications and remembrances, it can be described as an electronic miniature of Islam in its various parts, there is no Islamic application in the world that includes this distinctive package, it contains a special suite for fatwas, successful stories, communication With people, interpretations of visions, direction of the Qibla, news, distinctive albums, the user can learn Islam through a suite prepared for this purpose, the possibility of sharing and downloading all media in addition to listening or watching, the application is available in three languages, which are Arabic, English and French.

It consists of a huge library of songs for the most important singers in the Arab and Islamic world, such as Maher Zain, Alafasy, Hammoud Khedr, Kurts and many moreso you can easily search for your favorite singer, listen to his songs, download them and listen to them without the Internet. This section has received a great demand from different users of all ages due to the difficulty of finding songs in one place, old and new. They found them in one application and on their mobile phones and with the features of musical applications Such as:

· download
playlist
favorites
similiar artist
· Recommended artists
top anasheed
· view anasheed/artists by country
The Holy Qur’an, audio and written:
The application contains a huge group of readers from all countries, and the application can inform each user from which country he is, then show him the readers closest to his region, then the farthest, the farthest. Suras and verses of the Noble Qur’an for more than 100 reciters from all over the world.

The application features lectures and lessons by the most important lecturers on various topics that a Muslim needs in his daily life and can listen to easily, and we are now developing a new version for him to watch as well. And the application can notice the status of the user’s use of the application and lectures, so he can show him lectures according to his interests as well.

Application features Islami It contains various dhikrs and supplications for different sheikhs, and he can know the user’s country and time, so he appears in the foreground with dhikrs that fit his time, such as the morning remembrances or if there is a specific event for the country such as supplications in the event of an eclipse and others.

The Learn about Islam section is an advocacy section par excellence, as it introduces the non-Muslim and the Muslim to the Islamic religion and teaches them the various topics of Islam from the pillars to prayer and ablution to advanced topics such as istikharah prayer and other topics.

Fatwas and Interpretation of Dreams Section:
In this section, the user can ask any question and request a fatwa, and an elite group of sheikhs who specialize in legal fatwas answer it easily and with absolute confidentiality. For that, we contracted with Dar Al-Fatwa in Tripoli, Lebanon, to answer everything related to the fatwas on their part, which increased the credibility of the application and encouraged people to question, so they began to flock to embarrassing and non-embarrassing questions from both sexes, so the application increased them to encourage the question and benefit, how not and the question It only needs a push of a button.

This and that many users send us their dreams, so we contracted with sheikhs to interpret them as well

Unfortunately today, some media outlets only publish bad news about Islam and distort it. That is why we decided in an Islamic application to create a special section for beautiful Islamic news in order for the world to know the truth of this religion and that the Islamic religion is a religion of peace and love and a project of life and not a project of death as some like to portray it. A massive and continuous increase, God willing.

– Radio: more than 80 Islamic radio stations from all over the world.
– The Holy Qur’an, translation, interpretation and the possibility of placing references.
– Prayer times by using the phone’s location that can help you inside your country or even during your travels abroad.
– Compass to know the direction of the Qibla.
– Prayer times alarm and pre-prayer alarm
– Dream interpretation service by specialists, and you can add a question, and the question will be answered by specialists
– Rituals of Hajj and Umrah (reading – watching)
– Stories of the Holy Quran 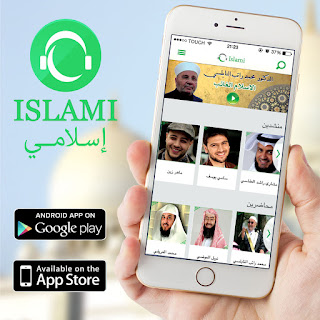 How a barcode works (with pictures)

The best way to protect a USB flash drive