The CPU, the processor, or the CPU is one of the most important components of a computer at all, and who among us would deny the value of this great component in a computer?! Therefore, when you buy a new processor, you should choose it very carefully and not arbitrarily or as if you are buying a normal commodity from the daily commodities that you buy because it is considered the first controller of your device, so they liken it to the mind sometimes. Should I buy a processor that has a large number of Core (multi-core) or is it better to focus on the clock speed of the processor? What is the end result of this competition between the two types, and what do I recommend for you?! Follow us to find out. 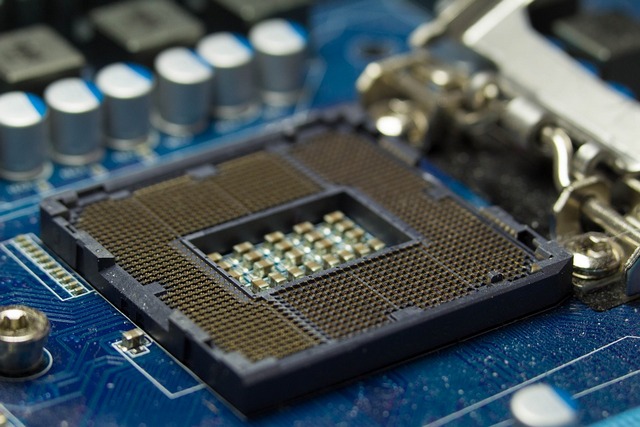 What does processor speed mean?

What does it mean that a multi-core processor?

The core in itself is another processor, meaning that when we say a dual-core processor, we mean the chip in which the processor is located carries 2 processors in the same way of work and not one processor. If we assume that there is a program that issues commands that consume the capabilities of the processor completely, and we want to run another program, what the processor will do now is that it will finish the task of the first program and then start the tasks of the second program in a row, and so on. Well, what if there is a dual-core processor, what will happen in this case is that the first core will take care of the first program and the second core will take care of the tasks of the second program and therefore the operations will be done in parallel, and this of course will speed up more than the execution of the tasks of your device and thus will increase its speed.

What does this mean? What do you advise me then?

All I advise you, dear reader, is to read the topic well and know the importance of both the multiplicity of cores in the processor, as well as increasing the speed of the processor, and then you determine the quality of the different programs that you work on. At the same time, I advise you to choose a multi-core processor, but if you depend on one or two programs, but this program is huge in its tasks and commands like games, you will resort to looking at the processor speed, knowing dear reader, pay attention to that if you are an ordinary user and do not know which of the two types you prefer, I advise you to be satisfied Fewer cores with increased processor speed, why?

I will tell you why?

Do not think that an eight-core processor running at 2.9 GHz is twice as fast as a quad-core processor operating at 4.3 GHz. No, this is not always true. It may be the opposite, because this depends on the number of operations executed by each core. You will rarely find a computer that consumes all the eight cores in the processor, and perhaps everything you use on your device will not exceed the consumption of 2 cores only!! In this case, you will not benefit from the multiplicity of eight cores, and each core will operate at a speed of 2.9 only, while in a quadruple, it will consume the same number of cores and at a higher speed. this is a reason . There is another reason that increasing the number of cores increases the device’s power consumption to double, and therefore you need a larger power source or a larger battery.

This will become clearer when looking at what Apple and Microsoft do with their smartphone processors. They are trying as much as possible to reduce the number of cores while raising the efficiency of the processor, because they know that no matter how many applications in the phone increase, it will not consume more than half a core, as long as the processor works efficiently, there is no need for multiple cores and an increase The power of the device is unnecessary.. In short, if you do not need a large number of cores, do not use a large number of cores because when you consume one core in a quad-core processor, for example, the remaining three cores will also consume energy because it is within the processor even if it is not working.

Think carefully about the capabilities of the programs on your device, and which of them need Multi-Tasking, many operations and programs, and therefore a larger number of cores, and which of them need a faster processor speed when it is a huge program with many commands, bearing in mind that a quad-core processor is not necessarily faster than a quad-core processor and also Also, remember that if you choose more cores, you must use these cores completely so as not to consume your device’s power unnecessarily. Finally, you decide what you need on your device and what you lack. All we have to do is keep in mind the information, facts, and the choice is yours.