In the video, the Battle Royale map was leaked inside Call of Duty Modern Warfare 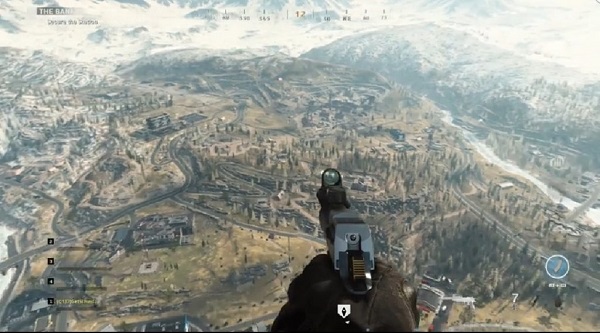 We, through the site, were already racing to talk about a game Call of Duty Modern Warfare And the possibility of the latter obtaining a phase-oriented system battle royale Which was revealed about an important package of details and information related to the way of playing, as well as the content that may be available in it through a group of Articles and reports here In our site, which was very rich in exciting details about the content of this style expected by the public.

Which is not returned again today through the new details that were shared with us by confirmed leakers Ed, and through the data that was indicated by a post on the Reddit forum website, for the first time a video was revealed from within this phase, which shows us The map of the world of Battle Royal with 360° technology, where the user confirmed that he took advantage of a software bug inside the game in order to jump high in the sky of the map.

Which enabled him to access all parts of the latter in full, which will be larger than what was available through the Battle Royale phase of the previous part. Call of Duty Black Ops 4 And there is no doubt that the audience will be on a date with more surprises after the launch of the second season of the game Call of Duty Modern Warfare Which will be two months from now.

Where it will be a very suitable opportunity for the developer team in a studio person Infinity Ward To reveal all the official data, why not, about this phase, especially since the leaks about it have become very dense recently, and the video that we watch at the bottom of the topic, as it came through the Reddit forum, is the biggest evidence that the map actually exists and is ready for you to get the date of its launch with the phase, which is what should Have to wait some more time before getting it ,, Regards.