When we dive into the settings of our smartphones, we will certainly discover the new, and when it comes to the settings on our Android smartphones, they are extensive in every sense of the word, and this prompts us not to notice many of these settings or simply ignore them, and perhaps one of these settings is The Wi-Fi Direct feature, and here we will have a station where we learn about this feature and why you should use it, and of course how to set it up, if you are interested read on to the end.

First: What is Wi-Fi Direct?

When someone mentions Wi-Fi, it pushes him to focus in one corner, which is Wi-Fi to connect to the Internet and browse it, but Wi-Fi Direct is completely different from the normal Wi-Fi feature, and it can be defined as a certificate from Wi-Fi Alliance, has more than 600 member “companies” like Apple, Intel, Microsoft and Dell, and nowadays, it’s available on most of our modern devices, including smartphones, tablets, laptops, even digital cameras,,, and more.

For the first time we tried Wi-Fi Direct, it was about 10 years ago, specifically in 2010 when the Korean giant “Samsung” announced its smartphone Galaxy S, and with the launch of Google Android 4.0 version “Ice Cream Sandwich”, Wi-Fi technology has become Live, available by default, i.e. pre-arranged.

Thus, it can be said that Wi-Fi Direct is a type of second-generation Wi-Fi network, as it allows compatible devices that do not have an Internet connection of their own to create a mutual connection, thanks to which you can create a wireless network between several devices, in addition, you can use this technology with Miracast “Screen Sharing”, and currently the latest version of this technology is compatible with NFC.

Second: What are the uses of Wi-Fi Direct? 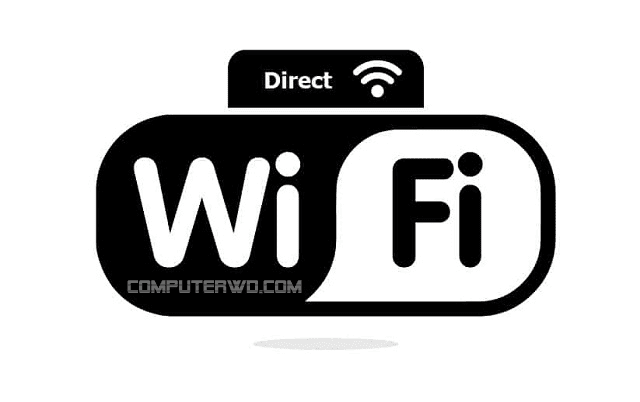 As we mentioned before, a limited number of uses for Wi-Fi Direct technology, and what’s more, it can be used with Android devices to transfer files at lightning speed, without the need for cables or something like that, or it can be created a “network” hotspot to play games with Many people, and someone may come and ask the similarities between Wi-Fi Direct and Bluetooth, honestly the idea is the same, but Wi-Fi Direct’s range and transfer speeds are much higher than Bluetooth, which is frankly why it is used to transfer files.

Separately, there are many applications that support file sharing via this feature, but also come with other unique capabilities, for example there is an application SHAREit Well defined, also an application Send AnywhereAnd don’t forget the other app Zapya And many more such applications.

Third and last: How to set up Wi-Fi Direct on Android?

As we indicated in the previous lines, every Android device running version 4.0 and later has the Wi-Fi Direct function, however, there are some exceptions, most notably, the difference in the interface is due to Android versions, as well, with modern phones, you will find some settings that are not available in the Wi-Fi interface Direct for older devices, however, setting this function is very easy and is almost standardized across all devices.

Therefore, the first step you have is to go to settings and then the Wi-Fi network and by pressing the menu button at the top left of the screen, you will find Wi-Fi Direct technology, and in some other phones, for example, I work with Android 10, you will find the option at the bottom of the public Wi-Fi interface Keep in mind, turn on normal Wi-Fi on both devices. 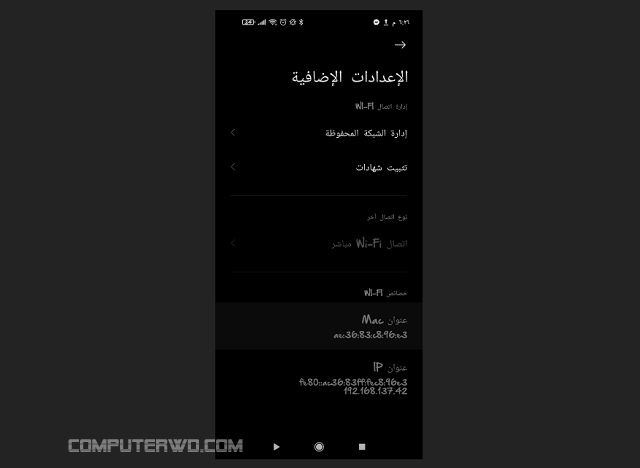 After doing this step, your smartphone will start searching for devices that you can connect to, and unlike Bluetooth, there is no button or anything you need to tap to turn on Wi-Fi Direct, the feature is enabled the moment a connection becomes available. 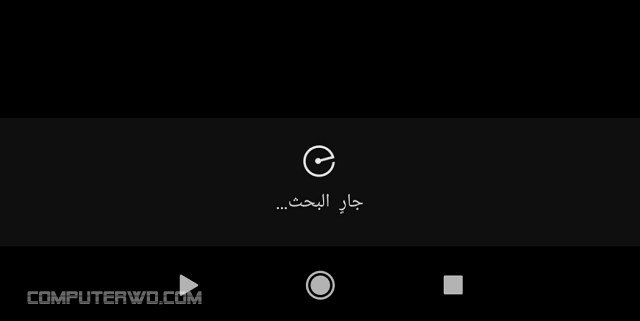 Suppose we want to send a file regardless of its type and size between two phones and via Wi-Fi Direct, here all you have to do is select the file and press the share option, to show you a list of options, you in turn choose “Wi-Fi Direct”, after that, you will be taken to A new screen to select the receiving phone for the file, to select it, and a message will appear on this phone accepting or rejecting the connection, and immediately the file will be sent. 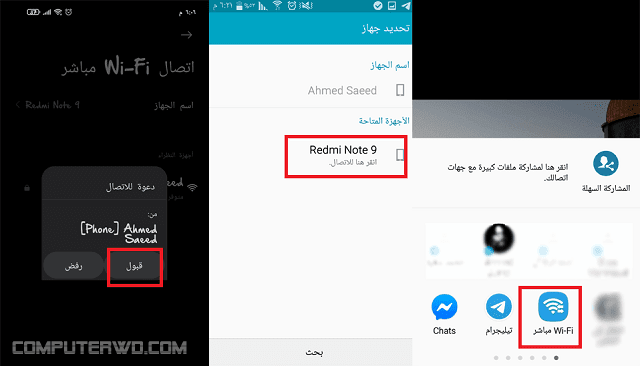