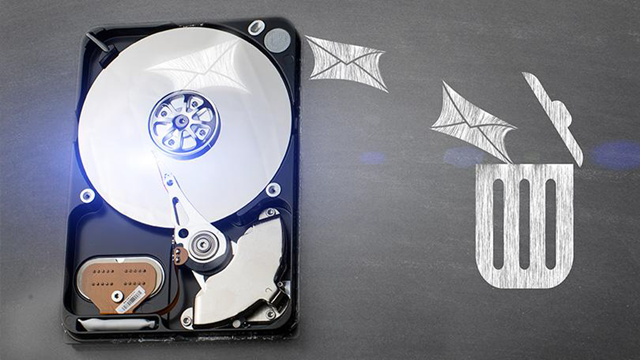 If you are running Windows 10 on your computer with a low-capacity or totally small-sized hard disk or SSD, and you want to save or get as much space as possible, so Microsoft has added a new feature in the Windows operating system 10 especially build 15014, which is the feature of deleting unimportant and unnecessary files that are more than 30 days old in the hard disk and also in the recycle bin in order to give free, additional and empty space in the hard disk and can be used, which is the Storage Sense feature that can be accessed and activated through the following steps.

First: We go to Windows Settings, then the settings window appears, we go down to the System menu, then we choose Storage, and on the other side we see the Storage Sense feature that is not activated and closed off, so we click on it and activate it and turn the status to open on. 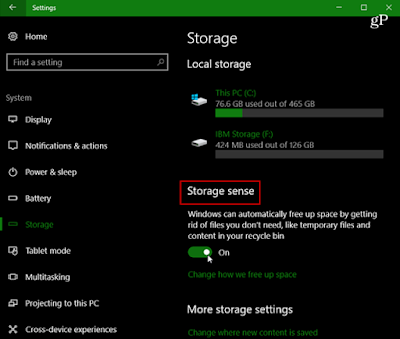 Second: Below this feature there is an option Change how we free up space we click on it to show us another window in which we activate the deletion of temporary files and also the feature of deleting files that are more than 30 days old in the recycle bin clean temp files and files older than 30 days in the Recycle Bin and make them on, then scroll down and click on Clean Now. 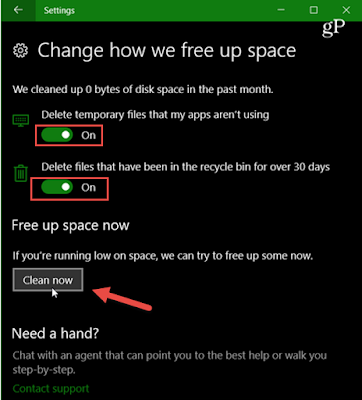 Third: We now see that more than 4.58 GB of unnecessary files have been cleaned and given free and empty space in the hard disk through this simple method and the wonderful feature available in Windows 10.

In conclusion, my friend, a follower of Arab Future, we have learned how to get free storage space automatically on the hard disk with Windows 10, and see you in other useful posts.. Greetings to all of you.

How to protect the router from hacking

How to earn from e-books

How to play PUBG on PC