As we all know that Microsoft is currently working on developing the latest version of the well-known Windows operating system, which is Windows 10All expectations indicate that this system will address all the problems that were facing users of Windows systems and will come with many unique characteristics and features, as Microsoft strives and works hard to produce an operating system that is compatible with the new generation of smart technology and touch screens, and it will The system is unified to work on all devices and smart phones. 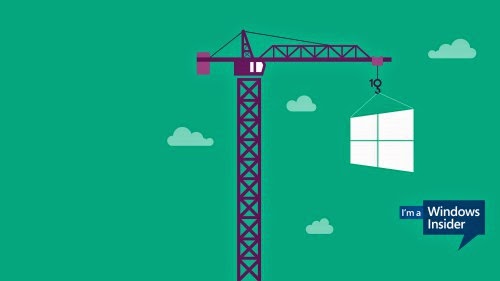 It is worth noting that Microsoft launched a new initiative that allows all people around the world to contribute to the development of the new operating system Windows 10 called the Windows Insider Program or Windows Participant, and this program aims to provide the opportunity for all people to install beta versions of the system on their devices, and express their opinions about the development of the system The new and collecting suggestions and questions to help engineers and developers in compiling those suggestions, knowing what users want and adding it to the new system to produce an operating system that is completely in harmony with the users’ desires.

Microsoft stated that the participants in the Windows Insider Program will get first-hand all the trial versions of the Windows 10 Technical Preview system, whether on desktop computers or smartphones, to try it out and express their opinions and suggestions on it to be sent to the company.
To learn more, subscribe and contribute to the development and experience of the new Windows 10, you can go to this link and then sign in to Microsoft or create a new account and follow the steps:windows insider
Watch this video to find out more:

Obtain XMedia Recode 3.1.4.5 to transform audio and video recordsdata to every other format without spending a dime

Is it possible to delete files from the Windows \ Installer folder in Windows 10?