I think that everyone who reads this post is aware that Nokia is preparing to launch the Nokia 3310 phone in a new look, the latter, which is considered among the most powerful phones that have passed throughout history, and it is certain that this phone is not without its history of strange and strange facts and information, so this The article is to provide you with the most important facts and information about the Nokia 3310 phone. 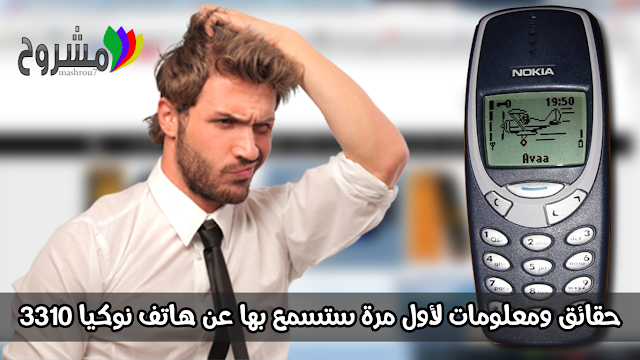 phone announcement
The phone was launched 17 years ago from this day, that is, it was announced in the year 2000, but it was put on the market for a rather long period from the date of its announcement, at a high price of $160.

phone sales
Sales of the new Nokia 3310 phone reached more than 126 million worldwide, and sales are among the most important reasons why it was ranked among the most popular phones in the history of mobile phones.

The battery capacity of the Nokia 3310 phone reaches 900mAh, which means that the phone can stay in normal mode for 260 hours without charging it, and you can use it for up to 10 days without having to charge it.

The famous snake game
Many users think that the new snake game appeared for the first time in the Nokia 3310 phone, and this is completely wrong, because this game was available on other old devices, and its first appearance was in 1976.

phone price
As for the price of the new phone, although the old and original version of it was expensive and amounted to more than $160, the new phone will certainly not exceed $60.

Ringtones on the phone
The original and old Nokia 3310 phone has approximately 35 tones, with the ability to add 7 tones to the phone by downloading or writing its melody through the Tone Composer feature.

phone lovers
Although this phone suffers from a lot of ridicule and mockery on the part of smart phone users, it has a very large audience who is still using it until now. The time is, and the strange thing is that the phone is still new and has not been damaged in any way.

If this is today’s article, which I presented to you only for the sake of knowledge and a change of weather, and I set an appointment for you with a new article, God willing, until then… I leave you in God’s care and protection.

Principles of SEO: What are keywords?