What is a VPN? We often hear about the imposition of restrictions on browsing the Internet in some countries for political or security reasons or any other reasons. This is done by blocking the browsing and use of many websites on the Internet, for example in the sister country of Syria, many websites were blocked for political reasons and some of them Because of the economic blockade on Syria, and certainly this causes great inconvenience to Internet users within these countries, and here comes the role of the VPN, which is an abbreviation for Virtual Private Network, which is a virtual network that does not exist on the ground, allowing you to connect to the Internet with an IP It is different from your IP, and you can choose to connect to the Internet using the IP of any other country you want, whether a foreign or Arab country, and thus you can open all the blocked sites from your country and also this helps to secure your connection to the Internet, where it is difficult to identify and determine the location and identity of the person using VPN to connect to the Internet, because he uses and browses the Internet with an identity and another country that differs from the country in which he lives, and this connection using a different IP gives you all the powers to use the Internet from Download and browse websites and other uses. 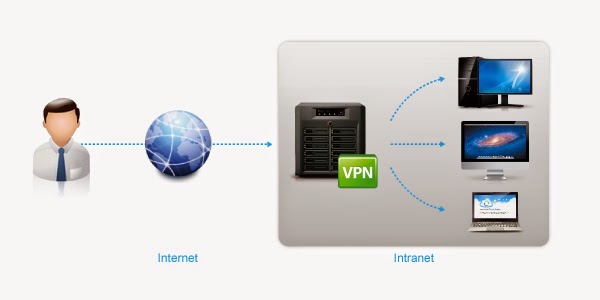 VPN work idea?
The idea of ​​connecting to a VPN is based on the presence of private servers owned by some people or companies, where you are allowed to enter the Internet and use it by this server instead of the normal connection to the Internet, and therefore all devices connected to this server are allowed to browse the web safely and confidentially, because all computers connected to this server They are located in the same countries as these giant servers, and some providers of this service provide it free or paid, and there are also those who provide this service to connect with a different identity, but for some countries and not all countries.
How to get a VPN?
There are different ways to get a VPN connection, where some are free and some are paid, and the speed of the Internet connection varies according to the strength of this network and the servers on it, and today on this topic and for the importance of obtaining a VPN connection for many users in some Arab countries, we brought you an easy way To get a completely free VPN for all Arab and foreign countries easily by using the web browser you are working on, whether it is Google Chrome or Firefox.
First, we download the extension used in the explanation
To download the extension for Google Chrome:Press here
To download the Firefox add-on:Press here
To download web browsers:
To download the latest versions of Google Chrome browser:Press here
To download the latest versions of Firefox: Press here
And now we’re watching next video To learn how to use add-ons and get a free VPN for all Arab and foreign countries

Ripple is the future of digital currencies