Glint Finder for Android program to search for surveillance and spy cameras in closed rooms and shops. It uses the flash of the phone camera to detect the location of the spy camera. It works perfectly in searching for any luminous objects in the room. You can use it in changing rooms, dressing rooms, or hotel rooms to search About spy cameras.

Yes, we are all afraid of falling into the trap of some unscrupulous people who plant spy cameras in places where we cannot see them, especially since the development of technology has helped this with the availability of small cameras that can be planted anywhere without anyone noticing, and even protect yourself from These cameras are in places that you may visit, such as hotels, for example, and toilets, where this phenomenon abounds. I will suggest to you applications for Android that will turn on the camera and after directing it to a specific place, if you see a small light in the form of a flash, this means that the place contains a spy camera. 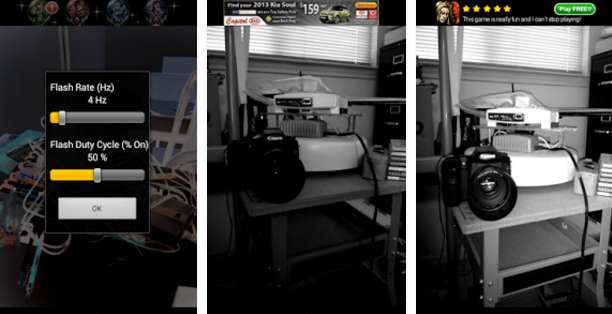 Glint Finder – Camera Detector application is the most famous application in this field and the way to use it is very easy, as it is enough to install it on your phone and open it, and you will see that it has opened the camera of your phone, and then point the latter to any place, and if you see a flashing light coming from The place you directed it to means there is a spy camera.

Explain manual vpn setup for Android without programs for free