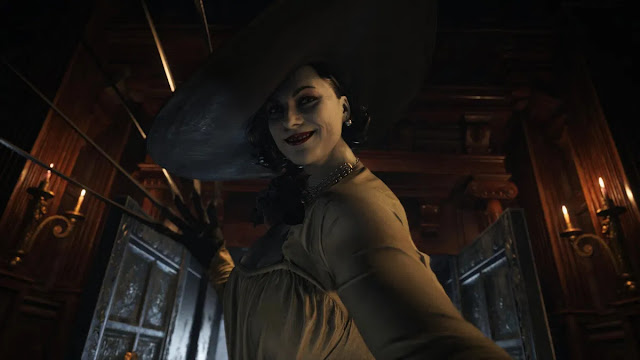 Since the game presentation event Resident Evil 8 Village For the first time comprehensively to the public during the previous period of last January, and the details about the game Resident Evil 8 Village are present and strongly present, starting from Comparisons and data about the character of Lady Dimitrescu The main enemy within the game, along with many important information that has been revealed About the story of the game As well as the number of game hours you will need to finish the game.

Which is being communicated more recently through several media outputs that contained a large number of important details, which we can record during the past few hours regarding Game download file size for Xbox Series And PlayStation 5 , but this time on the other hand by virtue of the fact that, as the game was, it had a set of details.

However, on the other hand, it was a direct target for a number of users who fish in murky waters, if it is true, which is what we can record based on the last details in the past weeks after Capcom confirmed that several leaks had surfaced about the game, and here we are talking about videos from the style of the game. Playing within the game and we have already referred to this matter.

Which is coming back again, but this time based on the details and developments, during which Capcom indicated that some users confirmed that they had received messages on e-mails that Capcom invites them to try an initial version of the game Resident Evil 8 Village, confirming that these messages are completely fake and that the messages are found Like this, Capcom asserts that it does not mean that it is coming from its side, and therefore it should be careful of incoming messages entitled no-reply @ capcom. com, for example, and this was the text of the message addressed to the audience by the team:

We would like to inform you that these messages are not from Capcom and appear to be hacking attempts by an unauthorized third party. If you receive such a message please do not download any files or reply, and delete the message immediately.

On the other hand, the only way to experience the game remains to access the demo version of the game available on the PlayStation 5 exclusively, which allows us to explore the game world or at least a small part of it before the official and final release expected during the date of May 7th on Xbox One And the PlayStation 4, the PC, in addition to the new generation devices PlayStation 5 and Xbox Series Noting that before this date we can wait for some information about the game from Capcom, Greetings.