Do you remember the last time you were on the road and found that your wallet was empty of any money, so you automatically went to the nearest “ATM” machine, and after a few minutes, you had at least enough to get home? Do you remember the last time you walked down the street with a huge number of bills to shop at a huge market that had ATMs inside? Hello, We are in the era of magnetic cards. 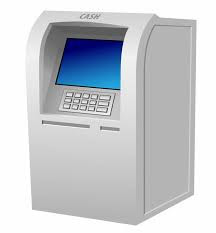 downloadFirst baccalaureate: A study of imperialist rivalry and the outbreak of World War I

“ATM” or “ABM” or “Cash Point” or “Cashline” and others, they are all names for those machines that for many have become almost impossible to dispense with, because they have lost the ability to carry a huge number of banknotes or even a small number, they have become accustomed to They used it, and they became unable to buy with paper money or silver alike.

As a user or even as a non-user of “ATM” machines, you may have wondered how these machines work, and how you can withdraw money from your account in country X from an “ATM” machine located in the country?
Automated teller machines (ATMs)


The idea of ​​distributing cash out of business came from the needs of customers in Japan, Sweden, the United Kingdom, and the United States, where it began with a machine known as the “Computer Loan Machine” that gave a three-month advance at 5% interest to credit card holders, in 1966.


And the matter evolved over the years until a team of engineers led by “John Shepherd-Barron” came to manufacture the first “ATM” in history, which was placed in “Barclays Bank” in north London, specifically in its branch in “Enfield”. In 1967, it was first opened by English comedian Reg Varney. It worked by inserting paper checks that were cashed by the bank clerk, and they were marked with carbon so that the machine could read them and for security purposes.
The components of “ATM” machines are summarized in three things, which are “internal components – external components – operating system”. In this paragraph, we will start with the external or visible components and deal with us directly.

As for the output elements:

I look forward to your participation in the comments with more information that I may have forgotten to write inadvertently.

The best paid courses available for free for a limited time