And let me tell you that despite these articles, we were not able to literally talk about all the features of the new update. It is a really big update and the one who obtained it may not have noticed because he did not give himself the opportunity to explore the new features. But anyway, today, through this new topic, we will learn about 5 features that I noticed after installing the new update on my computer, and you should try them as well. 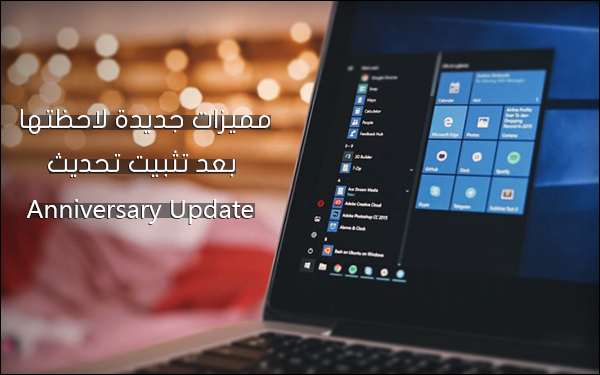 1- Turn your computer into a router without any software 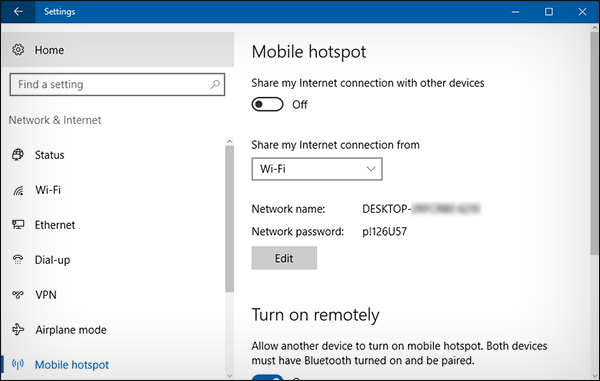 One of the new and wonderful features that I found in Windows 10 after the update is the Mobile hotspot feature. Now you no longer need any program that turns your computer into a router because this feature will provide you with that with ease, as you can share the Internet with other devices, whether if you are connected to the Internet in the computer via Wi-Fi or internet cable, you can achieve this simply.

All you have to do is go to the Settings app, then Network & Internet, then from the side menu, click on Mobile hotspot, and here you will activate the option Share my Internet above and then select the type of connection you want to share. Then you press the Edit button to modify the user name and password of the WiFi point.

Only after completing that, you can connect from any other device on this point and surf the Internet without problems, and note that after anyone connects to this point, information about the device will be displayed on the same Mobile hotspot page. While I was updating one of the definitions after installing the update, I suddenly had the screen of death – the blue screen, but certainly this is not the feature! But I noticed that Microsoft updated the blue screen instead of eliminating it completely!!. This update will make the user can easily solve the problem himself when facing this problem.

Where the user finds in front of him on the blue screen a QR code as well as a link, and all you have to do when this screen appears is to go to this link via your smartphone and then direct the phone’s camera towards this code so that after reading it directly, you will be taken to a page on the phone containing the steps that must be taken to solve the problem . 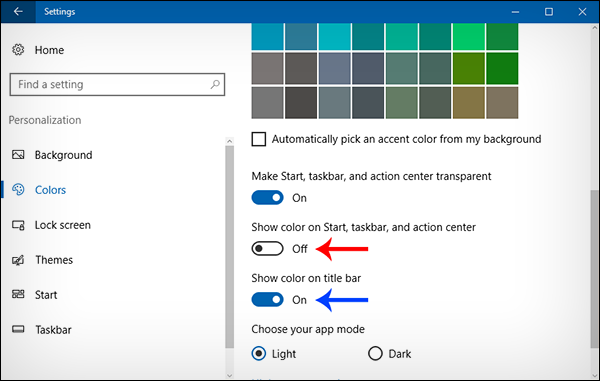 Of course, whoever is interested in customizing Windows will fully master the importance of this new feature in Windows 10 after the annual update, which is the ability to change the color of the title bar, but make the taskbar and Start menu the default black. Where the previous version did not allow this, when you select a specific color, it will be applied to the entire system, but now it is a little better. You can specify a color and make it apply to the title bar of windows while the taskbar, Start menu, and notification center remain on the same default color, which is black. The problem of connecting to the Internet is also a common problem on the Windows system. Sometimes, after installing the network definitions, you find that the system does not accept the connection to a Wi-Fi point, or there is a continuous interruption despite the stability of the network in the router, or the “yellow triangle” problem.. Therefore, Microsoft has integrated a new feature in Windows 10 after the update is called “Network Reset” to help users fix any network connection problems and fix slow internet as well.

To access this feature, you go to the Settings application, then Network & internet, and in the Status section, you will scroll down to find the Network Reset option. After clicking on it, press the Reset now button to see a pop-up window, press Yes and restart Windows after completing the repair process.

The idea of ​​Network Reset to solve internet problems is for Windows to remove the network definition and reinstall it automatically, as well as adjust the default network settings, as the cause of the problem may be a wrong change in the settings or the identification of a problem that is fixed by this feature.


5- Speed ​​up the loading of websites in Microsoft Edge 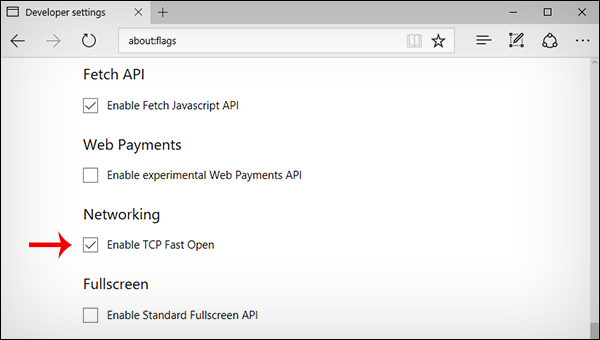 Microsoft Edge browser did not deliver new features with this annual update, but apart from providing the ability to install add-ons and also Pin tabs, there is another feature as well, which is “TCP Fast Open”, so by activating this feature you will be able to view any web page on the Internet very quickly with a percentage of 40% so that you can open any website without waiting for a long time until it finishes loading, this is a great feature as well.

You can activate it after opening the Microsoft Edge browser and then typing in the address bar the command “about:flagsAnd then you will open settings for developers, you have to scroll down a little bit until you reach the option Enable TCP Fast Open at the lowest section of Networking, activate it, then restart the browser and try visiting any site, you will definitely notice its speed in downloading.

Of course, what was reviewed above is not all the features of the new annual update for Windows 10, but we will certainly have other articles coming, through which we will also review a group of other features that we found in the framework of our discovery of other hidden features with this update, but in any case if you notice It is also a new feature, so do not skimp on writing it in a comment so that we can talk about it in detail or add it within a set of other features.